Many members of the CCSR attended the Global Climate Strike in Boston on September 20th. These Medford students were among the estimated nine to ten thousand in attendance. They decided to purposefully miss school to take action against one of the biggest threats to their generation. Climate Change is real and its disastrous effects are already being played out across the world from ice caps melting to an increasing number of more intense tropical storms. At the march, students heard inspiring speeches from a diverse set of backgrounds. The youth, immigrants, indigenous peoples, religious leaders and other speakers shed light on how far-reaching the issue can be, connecting climate change to immigration, racism, and colonialism. Speakers called for action to be done by the local, state and federal government to deal with the climate crisis. After many speeches demanding necessary and drastic action, students marched to the State House. 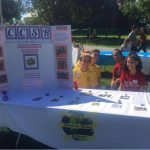 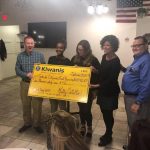