MHS Students Presented “Green Medford: A 50-Year Tradition” on May 6

MHS Students Presented “Green Medford: A 50-Year Tradition” on May 6

From the People Against Pollution Club of the early 1970s, to more than 30 environmental projects undertaken by students this school year, Medford High School has a proud, five-decade tradition of environmental activism. The City of Medford also has been a leader in this area over that time, creating the first municipal Climate Action Plan in Massachusetts, erecting one of the region’s first wind turbines, and currently building what will be the state’s first net-zero energy and carbon-neutral library.

On this the 50th anniversary of the “new” Medford High School, three MHS students – John Scarpelli, Tyler Lam and Enzo Zerlotini – spent the school year researching the environmental accomplishments in Medford since 1970, as well as looking at current and future challenges. 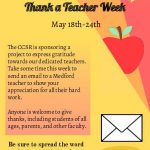 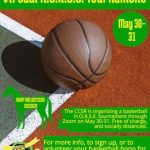