For our project, we would like to bring awareness to all the good that rescues do for their animals. We don’t want to bash pet stores for their wrong actions, but rather talk about the better alternative to supporting these chain pet stores, which is adopting. When you adopt an animal, you are not only saving that one, but also buying other animals food or getting them into the rescue in the first place. Last year, we made a video of us donating toys to The Animal Rescue League of Boston. This year we continued donating and held a fundraiser for anyone that wants to donate dog treats and/or toys. We brought these toys along to the rescue. We also wanted to focus on making it more accessible for anyone interested in adopting. We offered phone numbers got people in touch with the rescue. Not only were there dogs, but cats, rabbits, guinea pigs, hamsters, along with many other small animals. Our goal was to try to bring some positivity to these animals lives, even if it is one animal at a time. 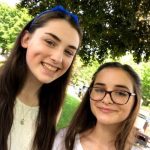 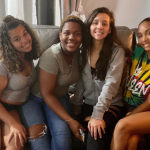