As the original Pen Project became a very successful project, Racheal, Sherlyn, Naomie, Teagan, and Stanley decided to expand it to the McGlynn, Missituk, Brooks, and Roberts Elementary Schools. They allowed high school students to sign up through Google Forms. Those who volunteered were paired up according to their favorite genres of movies, hobbies, and more. They exchanged letters between the 3rd graders and were proofread for grammar, language, and ensuring that they are age-appropriate. 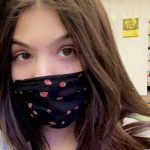 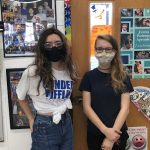