Our project was a Spikeball tournament Against Child Abuse! Spikeball is a 2 vs 2 game where the objective is to spike the ball into a small trampoline so it can ricochet to the enemy. Players had three hits to coordinate and hit the ball off of the trampoline. If your team or the enemy’s team misses the ball, you or the opposing team gets a point. This sport has a striking resemblance to volleyball, but unlike volleyball this sport has no boundaries adding an extra layer of challenge and fun. All proceeds went to help the fight against child abuse. There was a prize for the most donated and another prize for the winners. 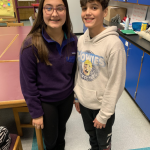 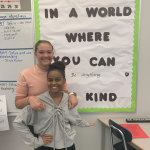